Lara – STEM For a Gender-Equal World

In 2012, TechGirls had just launched the program for the first time. Eager for new learning experiences, I applied for the program through the encouragement of my role model and teacher, Tina Hazboun. TechGirls was a life-changing experience beyond my expectations. It opened my eyes to the unlimited possibilities that I could pursue and contribute to a positive change around me. It challenged me to perceive myself as a community leader at such a young age. TechGirls was the start of several other journeys in which I took women empowerment as a personal life mission. First, I pursued a degree in Business and Marketing at Bethlehem University. During my time in university, I went on to mentor young girls in a program called Technovation in which they created apps that tackled community-based problems, some of whom joined the TechGirls program later on. I got into the debate world, held public debates to encourage community dialogue, and became a master debate trainer with Erasmus+ virtual exchange.

One of the highlights of my journey has been as the G(irls)20 MENA delegate in Japan in 2019, where I contributed to writing and delivering a Communiquéopens PDF file highlighting policies to promote young women’s economic and social inclusion. This included fostering interest and removing barriers to women’s access and thriving in STEM fields.

Traveling for the first time to the US at 16 years old through TechGirls was huge to me. Now I have participated in programs in over six countries and lived in different places such as Belgium and Ireland. These intercultural experiences, beginning with TechGirls, have allowed me to view the beauty of the interconnections in the world and the richness in the variety of cultures. This has majorly influenced my choice to pursue a degree in International Relations. In 2019, I was awarded the Irish fellowship to pursue a Master of Science in International Relations at University College Dublin.

During my masters, I took up courses such as Gender in Peace and Conflict. My thesis looked into women’s equality in leadership positions, which was entitled: Obstacles to Women’s Political Participation in the Political system in Palestine. In this summer, I became a social media and digital marketing intern at Healthy Feminist utilizing both my technology-based skills and passion for women’s empowerment in the MENA region in creating impactful content and leading Healthy Feminist campaigns.  At the end of September, I am starting a new job with Accenture, a leading global company in tech and business.

Being part of the TechGirls community continues to inspire me and I’m thrilled to see it grow.

As a TechGirls alumna, I continue to aspire to support girls and young women in STEM fields and for a gender-equal world in which all women have equal opportunities to pursue their passions. Finally, I address my message to all the young girls out there who dare to dream of an equal world: follow your passion, and don’t let anything stop you. It is with each courageous act of yours that our world changes. 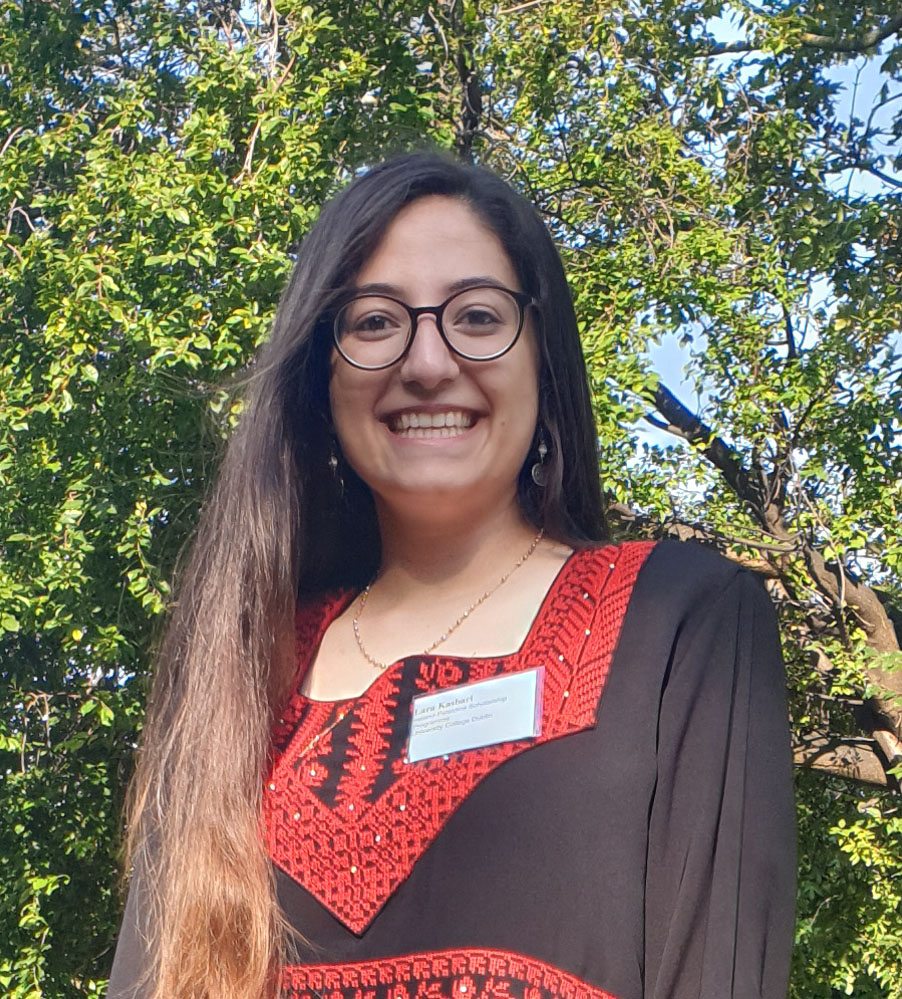