I’ve always had a passion for advocacy for the underrepresented people around me, especially young women such as myself. Most teenage girls in my community shy away from taking up courses in science, and when it was time to choose a career it was hardly ever one involving science. This was unfortunate, as science is the fastest-growing field currently and it is mostly dominated by men. Just imagine how far we could advance if we had half the female population engaged in STEM.

When I applied to TechGirls, I was a bit doubtful of myself as I didn’t think I’d stand out when compared with thousands of other applications from my country alone. The night before the application deadline, my mum encouraged me to apply and I tendered my application. I was in boarding school at that time and a couple of weeks later, my mum visited and told me that I was sent an email that I had passed the first stage and I was being invited for an interview. I was so exhilarated and that was one of the best moments of my life.

During the TechGirls program, we spent two weeks on the Virginia Tech campus where we took science-integrated programs. I chose the course, “Experience in Molecular Modelling Informatics (EMMI)”, where I was equipped with skills on how to recreate the 3-D models of proteins and cause them to interact and produce reactions. I was opportune to meet a lot of inspiring young ladies and women from different parts of the world who are engaged in various sectors of the economy and make use of STEM every single day. I saw how they contribute meaningfully to society both directly and indirectly, being top executives in their professions – this inspired me. I was also privileged to interact and form friendships with brilliant and ever-helpful young ladies with whom I’m still in touch with today. The TechGirls program took us to very exciting places like NASA where I got to meet a real-life astronaut, which was the highlight of my visit.

At the end of the program, I was tasked with executing a community-based project where I was supposed to address an issue in my community. I chose to organize an interactive career day in a federal secondary school in order to inform young girls about the various career opportunities in STEM and encourage them to take up these careers. The program involved over 400 students from JSS1-SS3 (grades 7-12), and I invited professionals from various fields in STEM (e.g. an electrical engineer and computer and information scientist who are also lecturers in a Federal University). The girls were so excited and asked so many questions. I was also able to recreate the career day in my church, and it involved about 25 youths who were deeply enlightened about the benefits of female participation in STEM and promised to spread the word to their sisters and friends.

I still relive each moment in my mind and I am really grateful for such an insightful program. I wish that more girls like me who recently had low exposure to STEM will actively participate in this program and others like it. It really was an eye-opener and revealed a part of me I didn’t even know existed. The courageous part is willing to go out and encourage fellow girls to participate in STEM. Now, I am taking classes and applying to programs and schools I never would have. It helped me make up my mind about the course I wish to study at university. TechGirls was a really enlightening and exciting program, and if I am asked if I want to go again, I wouldn’t think twice before saying yes. 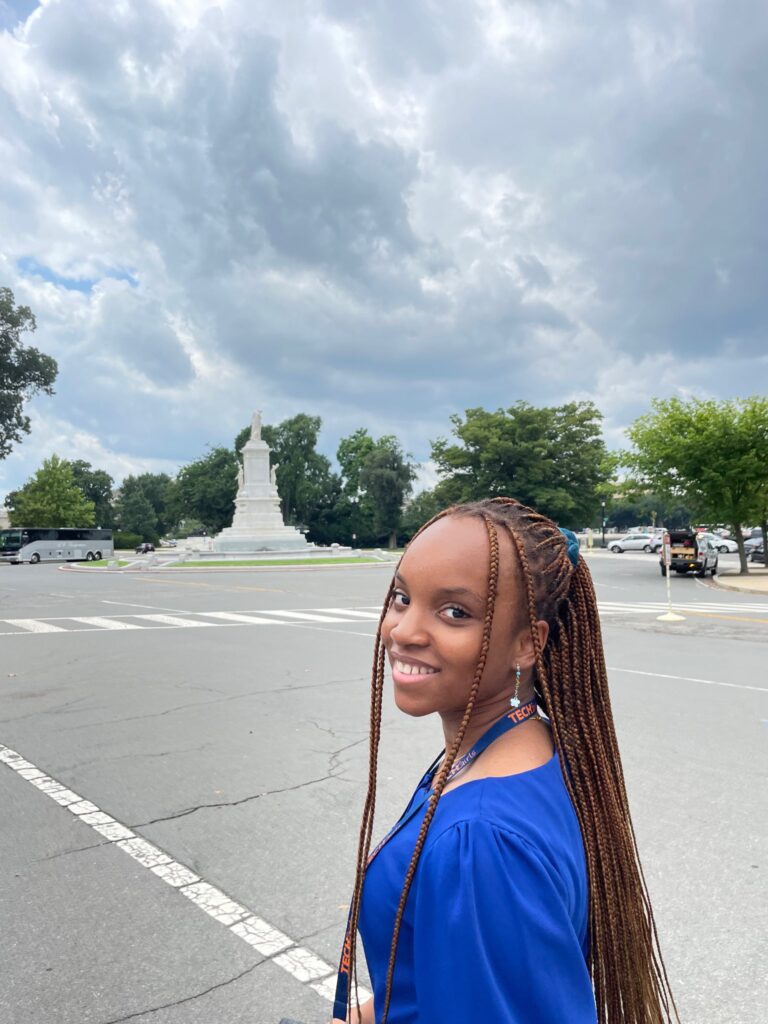