Amal – She Codes Up

Amal designed the initiative, She Codes Up, for her TechGirls community follow-on project to empower young girls in STEM fields and leadership. This event was sponsored by the Tunisian American alumni network (TAAN) with the support of GOMYCODE and the American corner Tunis. Several workshops were held as a part of the program and Amal collaborated with active leaders in her community including entrepreneur and peace/leadership coach Sarra Massoudi and Koussay Khalil, a game designer at GOMYCODE. Amal selected 10 outstanding applicants to attend this one-day event which included three workshops at AMIDEAST Tunis.

She Codes Up was inspired by the Amal’s TechGirls program experience, where she emphasized the importance to build both soft skills and hard skills in order to make a larger impact.

“The TechGirls program was a life changing experience for me because during it I had the chance to learn about new things and meet inspiring people in technology fields. The cyber security and coding bootcamps inspired me to continue working in those fields and also involve other girls in my community to pursue a career in STEM. The whole TechGirls experience was about sharing knowledge and being a change maker that’s why I implemented She Codes Up to show what I have learned during TechGirls and try to help develop young female leaders. Because I believe in girls and their capability to change the world and to be great leaders.”

All the participants were interested in learning more about the fields covered in the workshops and they want to start their own initiatives to empower girls in STEM. Participants also learned how to create a simple game and app using unity and app inventor. Finally, they learned about leadership and how to serve their community problems by creating their own project ideas. . 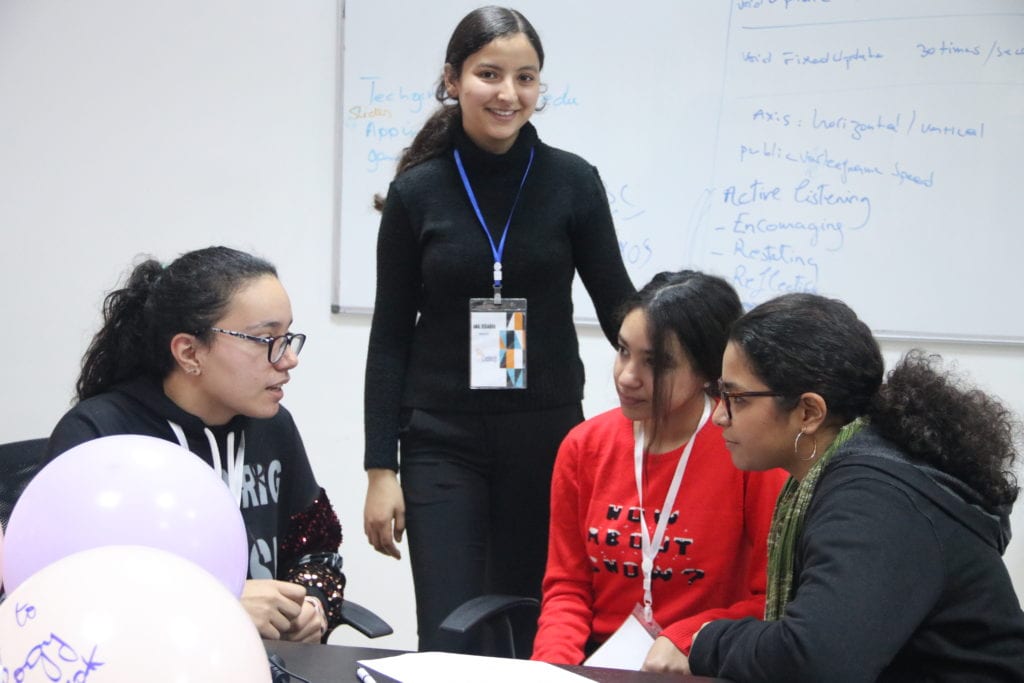