Hiba – Women Empowerment Across the Globe

The lessons we take from obstacles we encounter can be fundamental to later success. Recount a time when you faced a challenge, setback, or failure. How did it affect you, and what did you learn from the experience?

“You won’t be part of the team!” The team. It was not the first time that this happened to me. I was unfairly excluded from forming a team of three with two other boys as “I am just a girl.” On a typical evening in my room doing my class homework, I received an email about an international programming contest that required a group of three members. My first thought was to ask my classmates if they wanted to team up, and I received an answer that said: “We are sorry, but we think that it is better to have a boy in the team for a better outcome.” These boys who were three years older than me in my former school alleged that I was not capable of competing with them.

Frustration and overwhelm took control over the tiniest nerves of my brain. I could not express anger, neither understanding nor fighting back. It was unfair to deprive me of being part of a team, taking as an excuse the unwillingness of the female gender to be part of STEM. I believe that it is unequal to point fingers at someone’s capabilities without plausible proofs to support any of the defaming accusations. I came to the conclusion that it is, in fact, an easy way for men to express their unwillingness to accept women in their previously male-dominated society. I realized that women endure these challenges on a daily basis.

My thrive was, and still is, to actively contribute to the Women Empowerment movements globally. I believe that great potential is left unleashed in women. In order to tangibly assist this uprising emancipation, I decided to broaden my knowledge to acquire the necessary set of skills in both leadership and computer science; TechGirls was the path. It allowed me to start a momentum that will be impacting the lives of many women by providing the tools and training needed to join the workforce. I’ve founded and led many projects that serve this purpose. “Women Leading” initiative is an apt example of this endeavour that aims to empower young women throughout Morocco.

In addition, not only I have the strong desire of eliminating stereotypes and duties imposed on the marginalized gender but also the fact that we, sometimes, feel the need of pleasing other people. As a woman, I refused to fall into the trap of following what other people expect from us. Thanks to TechGirls, I was able to recognize my real worth and new leanings that I was not aware of. This has stimulated my curiosity; it was a starting point for my business and entrepreneurship career.

In a tiny lapse of time and at the young age of 16, I decided to move to South Africa to enrol at The African Leadership Academy. This uneasy decision was a path for me to maintain my education in an environment that encourages risk taking and diversity of interests. I had the unique opportunity of attending the Women In Business conference at the prestigious London Business School. I was also honoured to be admitted into the prestigious selective global youth program by the Business School of the University of Pennsylvania – Wharton. Furthermore, I became the Chief Financial Officer of a student enterprise that provides professional financial services.

The reason why I have mentioned all these achievements of mine was a way to highlight the diversity in it and prove that women are capable of whatever they want and decide to do. Indeed, I would like to thank the person who advised me to be brave to keep my “spot” in STEM, as it triggered my passion for starting a momentum toward equality to prove that we are as qualified as men in all fields. One of the deans of my school told me once “You don’t have to repeat yourself twice if you are true to yourself.” Do whatever makes you happy and seems correct to you without feeling the need of explaining your choice or pleasing anyone else apart from you. 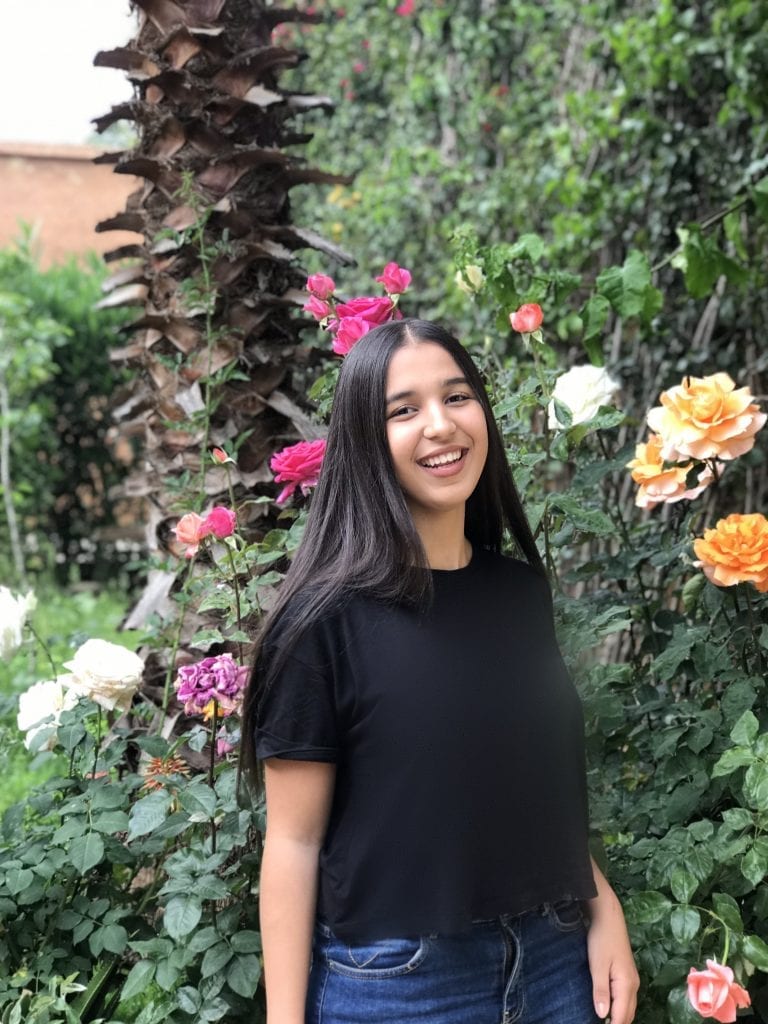