Read about Aynura’s Project LadyUP opens in a new windowhere. She was recognized with an Outstanding Project Award and has made an incredible impact!

The district where I live is small, on the edge. Life here was smooth. Something had to change for me. But what was it? I began to test myself in different areas to find an answer to this question. I became interested in STEM. I wanted to develop, but chances were small.

The lessons in informatics at school were about learning how to draw on a computer. I needed new knowledge, and YouTube and Google became my best friends. Luckily, my knowledge of English made learning new skills an easier process. Most of my friends also wanted to learn STEM and programming but not understanding English language creates a barrier. Sources in our native language are almost non-existent and paid courses are expensive.

One day, I saw a video on Nas Daily titled, The Power of Opportunity. An opportunity that you might think is small can be a life-changing opportunity for others. I wanted to solve the problem of language barriers and give that chance to my community.

This opportunity made a big turn for a girl living in a small district. TechGirls is a team of enterprising girls. TechGirls helped me uncover aspects of myself I didn’t even know I had. During the Home Hospitality Day, I wore national costumes, cooked somsa, one of the Karakalpak dishes, and told my friends about my culture. It was also interesting to learn about their unique traditions!

The web development course I took at Virginia Tech and our professor, Andrey Esakia, was amazing. I struggled at first. By attending Andrey Esakia’s office hours, I started understanding the course. I still remember on the last day of classes, I told him, “I wish you taught me computer science at school.”

Every participating girl in TechGirls is talented in some area. When I first met them, I saw highly educated and creative girls from different corners of the world. I realized that I still needed to grow.

The kind mentors at TechGirls – Bernadette, Annalycia, Xuan, Hayley, and all the other mentors I met excelled in both academics and life. They spoke with emotions, and exclamations like  “Amazing!”, “Wonderful!” I miss them so much.

After gaining solid experience from TechGirls, I did my first project called LadyUp. LadyUp is a one-week program that teaches STEM, programming, and leadership classes for 6th-grade girls. I also hosted games and shared my experience in the TechGirls Exchange Program. LadyUp is conducted in English and Karakalpak at my school. All participants receive certificates and the top participants receive prizes.

Recently, one of the participants of LadyUp won first place in the Olympiad in our distract for Informatics. She thanked me. I can’t describe how wonderful that felt. I was so happy to give that opportunity to others.

I want to give a big thank you to TechGirls, the U.S Department of State, Legacy International, and Virginia Tech. I am proud to have studied in the United States of America, gained valuable experience, and become an exchange student. I realized that a person can change their life regardless of their gender, age, nationality, and race. 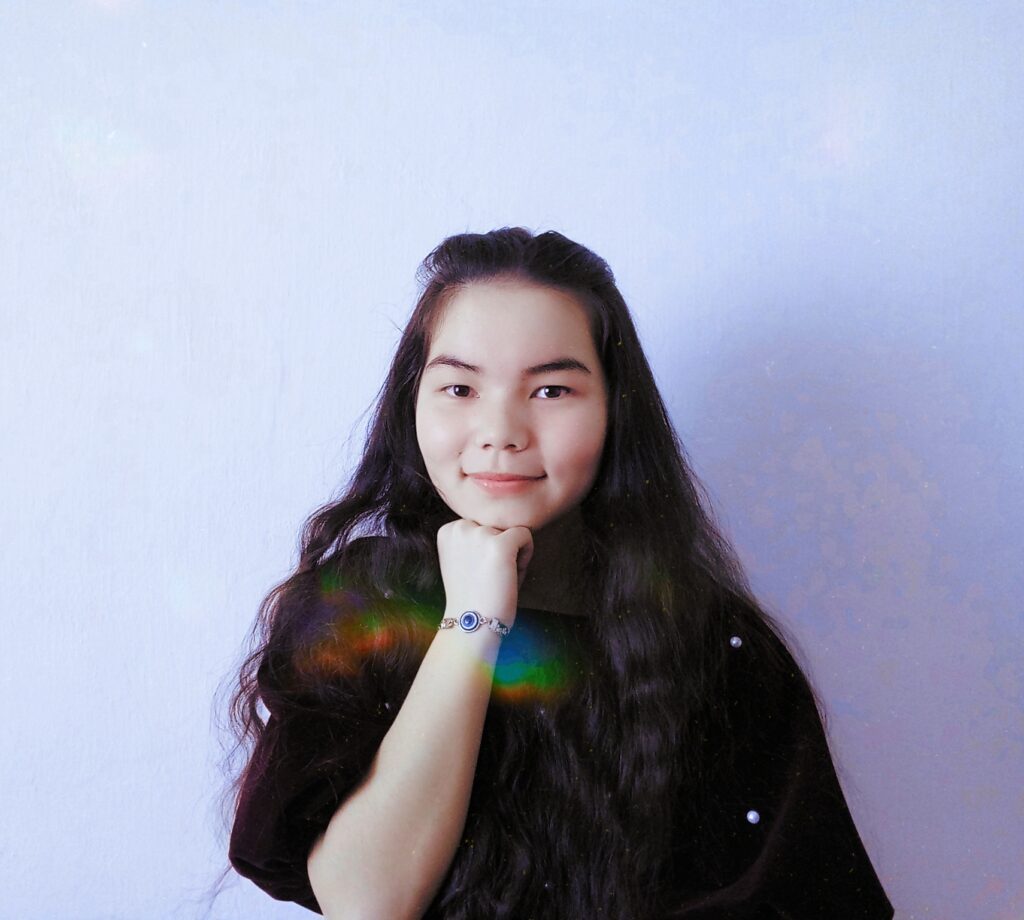