October 25-27 at Festival Arena, Dubai Festival City, Dubai- the 2019 FIRST Global Challenge Dubai took place. FIRST Global Challenge is an annual international robotics competition that engages more than two billion youth across the globe in STEM that invites teams from all over the world to compete in a specific game designed to solve a world problem. It aims to encourage youth to embrace themselves in STEM fields and offers them the chance to develop their robotics skills in a positive way that helps in solving our world’s biggest issues. This year, the Olympic games’ thematic was “Ocean Opportunities” which raises awareness about ocean pollution.

Aika gained an unforgettable experience from her participation in TechGirls that helps her daily in school and in programs and events such as FIRST Global Challenge! For example, many of the other TechGirls during the program helped make her aware of how wonderful the field of robotics is and how many new things they have discovered by learning it. She was so inspired by their stories that she wanted to try robotics herself too. This spearheaded her interest in participating in First Global Challenge 2019, where she and her team from Kyrgyzstan competed alongside with more than 150 countries about STEM and its uses in Ecology.

Aika’s coding skills and exposure from the TechGirls program aided her directly in this conference as the coding platform had Java language and the same Block system as the one in the App inventor, which was a part of the courses completed during the coding camp at Virginia Tech University. Knowledge she gained this past summer during the camp helped her to understand and code the robot faster.

Aika reflected, “thanks to TechGirls I’ve learnt much more about Engineering and even participated in several events related to it!” 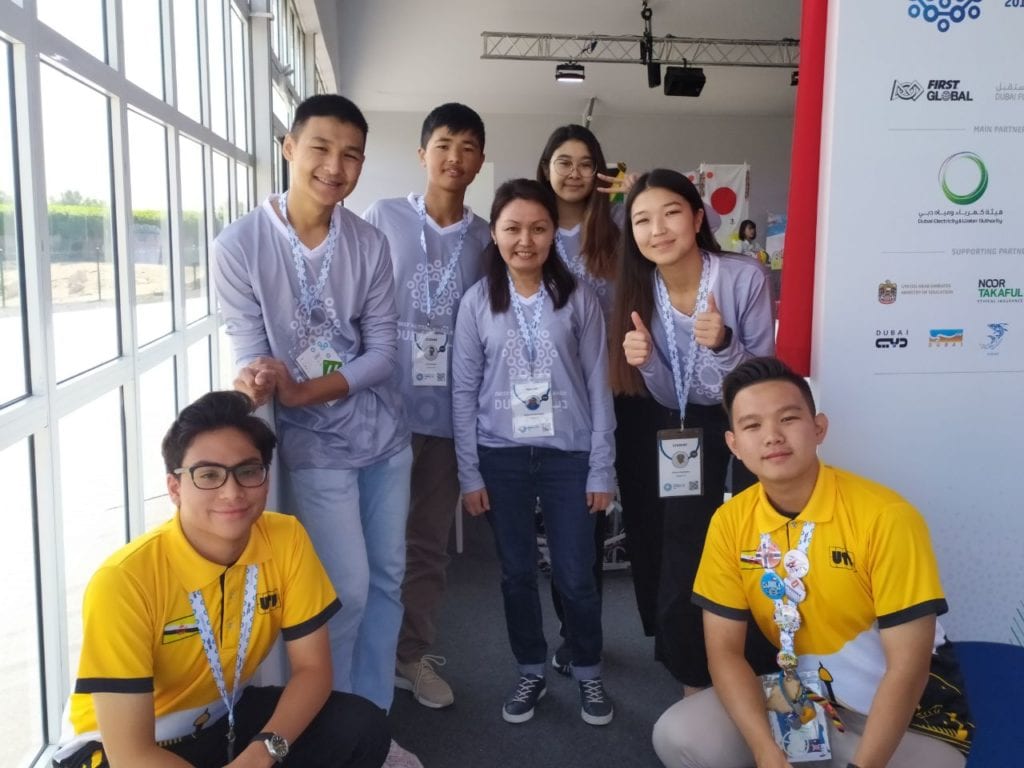